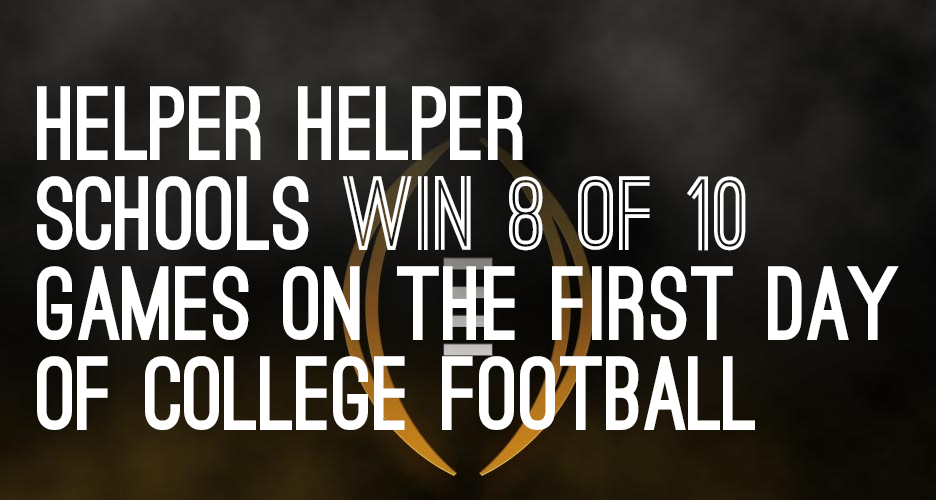 So during this football season, we though it would be fun to keep a tab on how the 100+ schools using Helper Helper volunteer app this fall during the NCAA Team Works™ Competition perform on the gridiron. It is our belief that schools who are pushing their student athletes to excel in the classroom and off the field will also excel athletically.

How did Helper Helper schools do?

#2TCU had a big win over Minnesota

Fresno State had a cake walk over Abilene Christian

The only two losses were Michigan and Colorado.

For updates on how schools using the Helper Helper volunteer app are doing this year on the football field and in the community, follow up on Twitter @HelperHelperApp #TeamHelperHelper