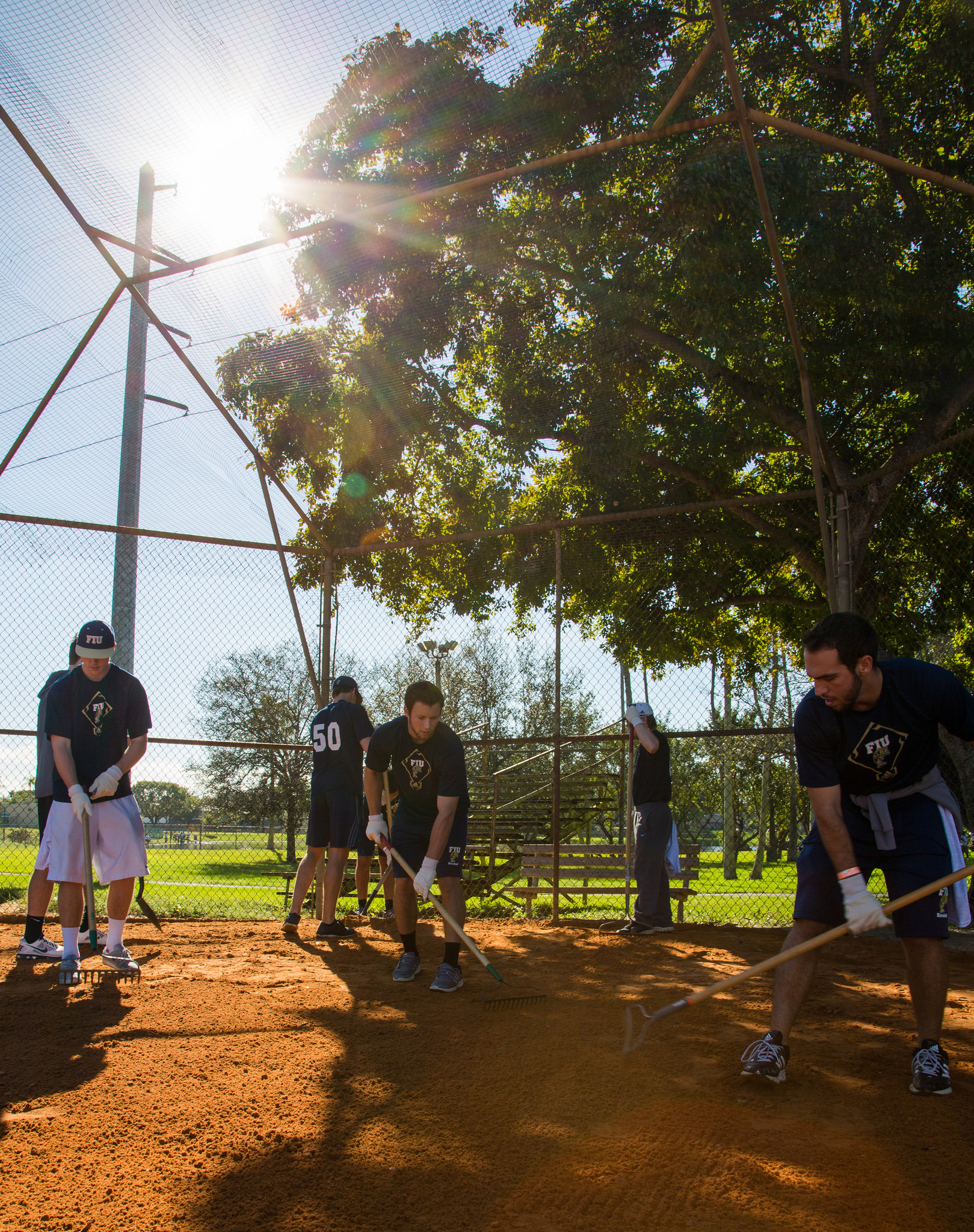 While the inaugural year of the NCAA’s Team Works Award has led to a number of milestones for the 61 universities involved, Florida International University has separated themselves from the pack on their way to the top of the standings.

Since January of 2015, athletes at FIU have volunteered at over 40 different events. Over the last two months alone, FIU athletes have contributed an average of 500 hours a month to their surrounding community with the women’s soccer and volleyball teams leading the way with over 85% team participation and more than 200 hours contributed. But while this surge is worth noting, the success of FIU started well before 2015.

“We document everything with Helper Helper, and the metrics help drive our goals and build our culture.”

Current assistant athletic director for student-athlete development and community relations, Liz Augustin remembers hearing of this focus when she came onto staff in 2007. “It was very clear that while we wanted to win on the field, we just as much wanted to win in the classroom and engage in the community. When we recruit athletes, we want them to know they are entering into this kind of culture at FIU.”
For Augustin, competing in the NCAA’s Team Works Award and tracking these outcomes with the NCAA supported Helper Helper App helps FIU knock down unnecessary barriers to this kind of larger community impact. “We document everything with Helper Helper, and the metrics help drive our goals and build our culture. The Team Works Award more broadly has been great for telling the good stories nation wide. It’s wonderful for our administrators and members of the community to see all the positive stories about what our student-athletes are doing.”
While the competitive spirit of athletes makes a difference on the field, it is important to remember the potential impact that can be made when this same energy is used off the filed. FIU has used this competitive spirit to positively effect their community, their school, their athletes’ own lives and beyond.
Cheers to the Golden Panthers!
Share this post:
Helper HelperFlorida International University – Team Works Award Leaders03.24.2015