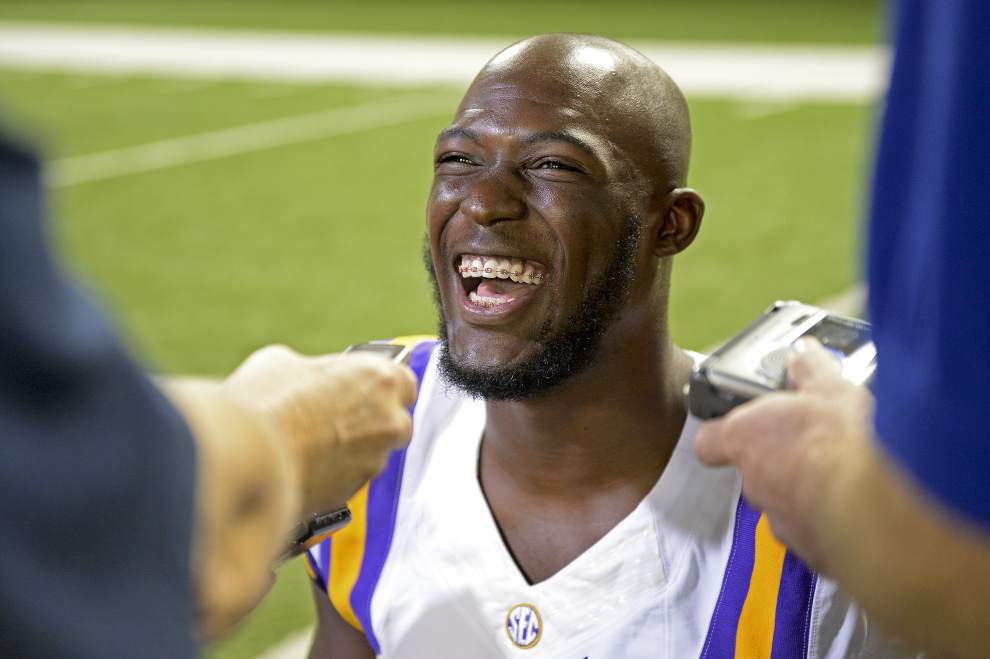 LSU running back Leonard Fournette is using his platform as a student-athlete to make a difference for those in need. The sophomore will auction off his jersey to raise money for those affected by the recent flooding in South Carolina, as reported by ESPN.com.

The act has increased significance because of Fournette’s own history of overcoming hardship, having survived Hurricane Katrina in 2005. Fournette and his family were forced to live on a bridge for several days after flood waters overtook New Orleans in 2005. Fournette was just 10-years-old.

“The worst part was staying in a hotel and the water is rising, the next you know you’re hearing shouts in the hotel and people are dying. Then the hotel caught on fire, so we carried my grandmother and little cousins through the water to the bridge, which was five minutes away. We stayed on the bridge for four days and five nights.” — Leonard Fournette, via Nola.com.

The jersey Fournette will auction was worn in the October 10 win against South Carolina when he made program history for being the first player to rush for 1,000 yards.

In an interview after the game, the LSU running back talked about his decision and sent his best wishes to the flood victims in South Carolina.

“I want to send my prayers, condolences and empathy to the people of South Carolina,” Fournette said. “What they are going through reminds me of what we went through, my people in New Orleans, Louisiana, went through 10 years ago with Hurricane Katrina. We played a game today, but the people in South Carolina right now are in need.”

Leonard Fournette’s bridge over troubled water made him a man: Ron Higgins
HOOVER, Ala. – The SEC Football Media Days questions flew at LSU sophomore running back Leonard Fournette Thursday like…www.nola.com
LSU’s Leonard Fournette on Katrina: ‘God was there the whole time’
As part of an ongoing series of stories centered on the 10-year anniversary of Hurricane Katrina, NOLA.com | The Times…www.nola.com
Fournette’s resolve shaped by Hurricane Katrina
After witnessing floating bodies in the streets, murders doors down from where they lived, and sleeping on a bridge…www.secsports.com
Leonard Fournette of LSU Tigers to auction jersey in South Carolina flood-relief effort
David Ching, ESPN Staff Writer Close Covers the SEC Joined ESPN in 2011 Graduate of Auburn University BATON ROUGE, La.…espn.go.com

LSU running back Leonard Fournette might be a better person than football player: #LSU https://t.co/2JkucqdtHF pic.twitter.com/MAYvvZ2UKS