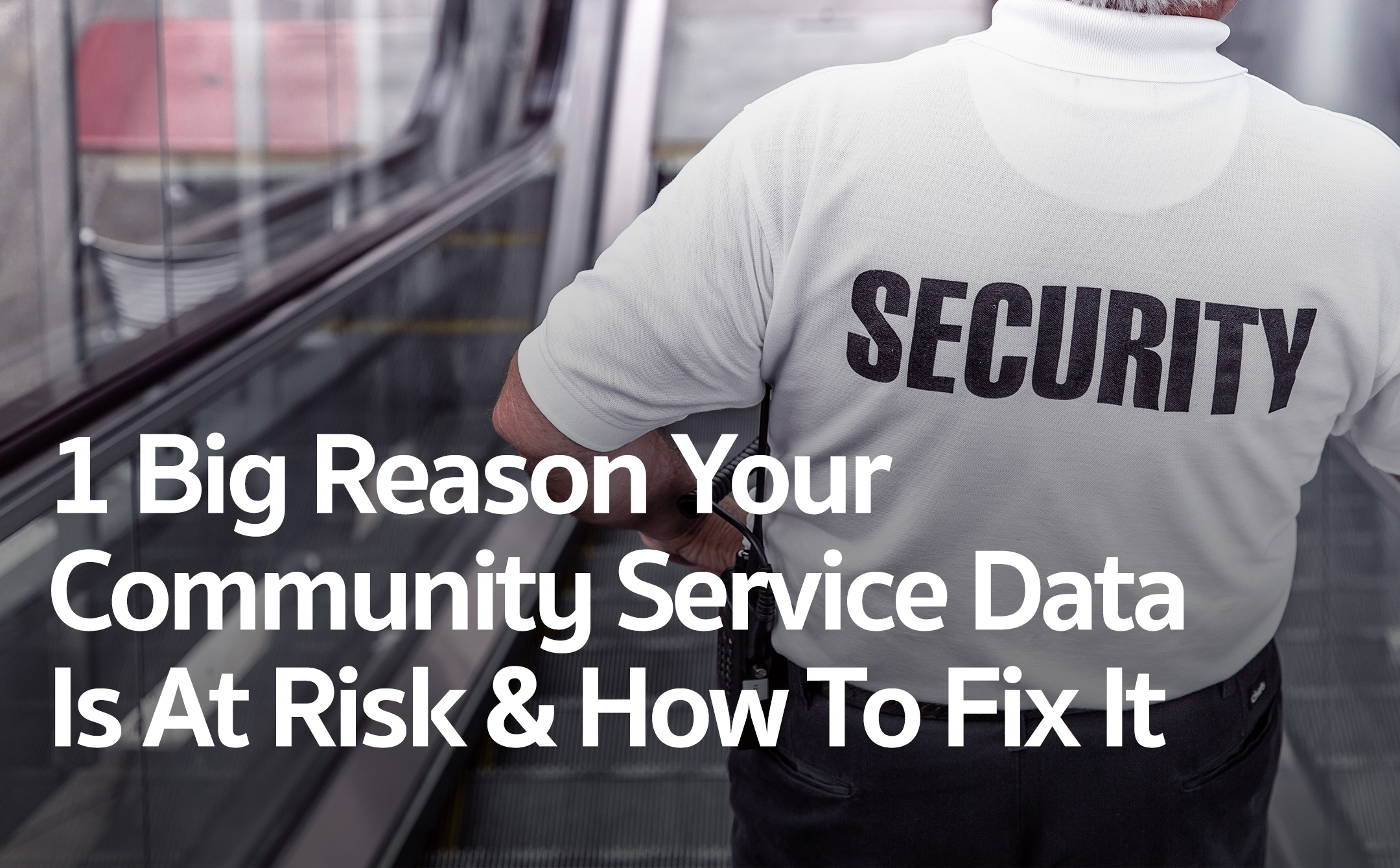 In the next (6) sentences, I am going to tell a true story from my childhood playing competitive baseball and how it relates to tracking student-athlete community service while keeping your data safe.

(1) Can you remember/imagine how your Little League team tracked your stats during the season?

(2) For us, there was one parent who was at every game with a scorebook and a fold-up chair who would keep track of all the base hits, HBP’s, K’s, “Backward” K’s and runs scored through a meticulous system of crisp dashes and the eraser residue of a #2 pencil.

(3) This parent would tally the stats on his own time and give the coach a printout of how each individual on the team was doing.

(4) Having this willing parent track the stats for the team provided our coach with an accurate, consistent and hassle free system to understand who was performing the best.

(5) All was great until one day, the loyal parent who tracked the stats all season long had a I-am-out-of-touch-with-reality-near-fist-fight-altercation with the coach about his son’s playing time and thus decided that his son was going to play for a different team.

(6) Before the next game, our coach looked into his briefcase to review the stats before setting the lineup only to quickly realize that A) the scorebook with all the stats was missing and B) the disheveled parent who kept the scorebook and almost fought him was probably never going to give it back.

This story is a microcosm of the reality of how community service is tracked in collegiate athletics (minus the fist fighting, though I am sure that has happened once or twice).

Community service hours are tracked through a personalized spreadsheet by people in an industry with a high rate of lateral and upward mobility. Any statistics that are tracked will inevitably be unusable or abandoned once someone new comes in and takes over the responsibility of tracking community service efforts.

The standard tool to track the community service efforts of student-athletes is Microsoft Excel. At the majority of colleges and universities, the person(s) in charge of tracking, logging and maintaining these records is either a GA, an entry level hire or a combination of many people who have other responsibilities.

The problem with the with this system is that individuals in student-athletes support roles switch jobs like a game of musical chairs. A GA will be graduating in 1 or 2 years and will move on. An entry level employee will either get a new job at a different school or move up at their current one. And people who moonlight as co-life skill coordinators are filling the void until budgets or needs align to hire someone..that someone being an entry level employee.

What does this mean?

Community service hours are tracked through a personalized spreadsheet by people in an industry with a high rate of lateral and upward mobility. Any statistics that are tracked will inevitably be unusable or abandoned once someone new comes in and takes over the responsibility of tracking community service efforts.

The only solution that is viable is to change the only thing that is changeable: the system used to track the hours.

Nothing else in college athletics is tracked for only 1 or 2 years and then completely washed away and started over. Not academics and surely not athletics. If you were to ask Nick Saban what Alabama’s red-zone TD rate was 5 years ago, you know he would look you dead in the eyes and  rattle off a stat like Rain Man.