When founder of Helper Helper, Krista Clement, connected with the NCAA in 2014 – the NCAA knew student-athletes and schools were making positive impacts in their local communities. Victor Hill, Associate Director of Champions Community Programs and Ashley Wechter (who was also at the NCAA at the time) managed community programs around champions including youth clinics, reading programs and a number of other community engagement events.

Both Victor and Ashley had a commitment to community impact. In addition to everything they were already doing, they wanted a way to recognize student-athletes and schools for all the good they did in the community.  However, the resources required to pull that off at 1,200+ schools with 450,000+ student-athletes would take way too much time and effort.

After discussing the full capabilities of Helper Helper and helping them understand that our software would reduce the coordination and reporting burden on the schools, student-athletes, and themselves then they could focus on recognizing schools in a national competition. Making a community impact and honoring schools that helped student-athletes engage in the community was a win for everyone.

“NCAA student-athletes give back to the communities that support them on a regular basis, so we welcome the opportunity to honor them with the NCAA Team Works Community Service award powered by Helper Helper,” said Victor Hill, associate director of Team Works. “In addition to earning a degree and having the privilege to compete at a national level, we see that doing community service also contributes to the overall student-athlete experience in a positive way.” 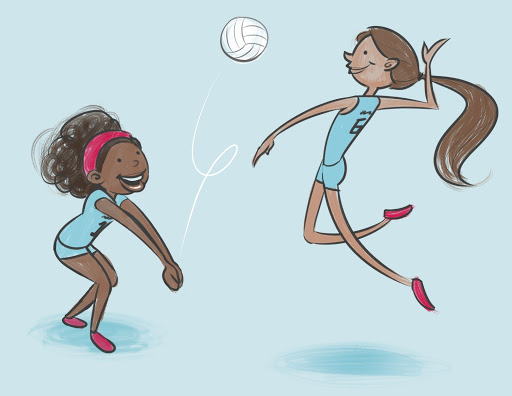 Helper Helper worked closely with all Divisions and their SAAC groups to see what schools may want to participate in the first year of the challenge. They constructed a score – we call the Team Impact Score – that would level the playing field for institutions of all different sizes. The score was calculated on hours per student and participation. The platform (Helper Helper) was set up to do a couple things:

“We are incredibly proud to be as highly ranked in community service as we are in athletics,” said Vince Tyra, Louisville Director of Athletics. “We have great leaders in our athletic department that provide our student athletes an opportunity to give back to so many causes in the Louisville community. Our student athletes love giving back and are learning while doing so.”

Over the years, Helper Helper deployed functionality so volunteers could upload photos – and institutions could share this on their social media. We implemented a download for volunteers to export their student transcripts – they then could use this on their resume or when applying for postgraduate scholarships. More recently we launched a reflection module that let institutions collect more qualitative data on the events that were organized for students. With improved reporting we are able to easily recognize top teams and students across the country.

As a result of all the technical improvements – the NCAA Team Works Community Service Challenge now has over 300 schools annually participate!  In the 2019 challenge schools contributed over 255k hours for an economic impact of $6.5M. The NCAA is able to use this data to recognize institutions and schools that are going above and beyond out in the community!

Given the success the college athletic departments have seen with the service challenge, campuses across the country have started to implement Helper Helper with all their students- not just student-athletes. Helper Helper built in different layers to accommodate different divisions, teams, and groupings within a university – making the program simple to implement and customizable. Helper Helper went from working with just a group of 300-1000 student-athletes on campus to working with 1000s of students across several teams putting all the community engagement data and opportunities in one spot! Building a culture around service, impacting local communities and the educational experience of students while aligning to universities Mission Statements is all possible when Helper Helper is in place.

Albion College – Pam Schuler: I absolutely love working with Helper Helper!!! And I love the new additions/edits/changes to Helper Helper making it a great solution for a full campus! I take great pride in telling other program vendors that we already have Helper Helper and it’s working for us fine and you are fantastic to work with!!! Thanks so much for listening to us, helping us, and being patient with us and all our issues.  The reporting in itself more than pays for it!